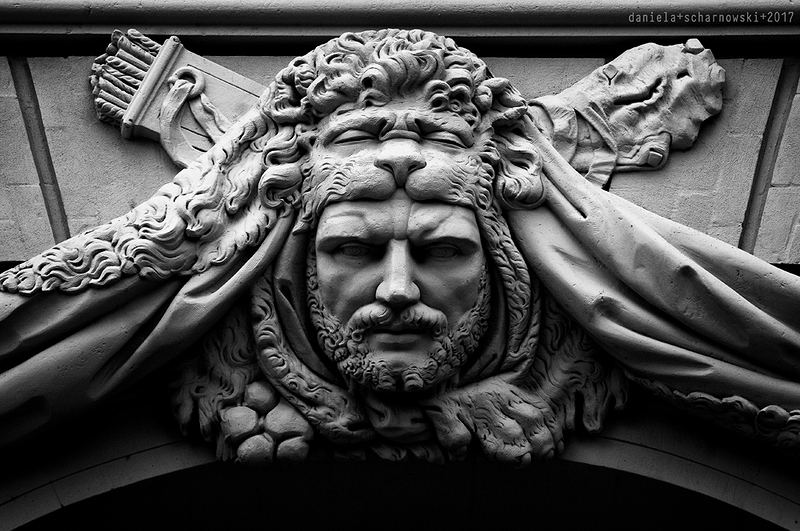 He watches over the other side of the archway of the reconstructed city palace of the prussian kings in Potsdam.

An amazing image, you have created perfect mood for this masterpiece !
Looking closely I can see into his eyes, tonal perfection, 5 ***** !~

This guy is none other than Hercules (or Heracles, if you prefer). The first of his twelve labours was to kill and skin the Nemean lion, whose hide no mortal weapon could pierce, and whose claws could pierce any mortal armour or shield. After a couple of false starts, Hercules managed to strangle the lion with his bare hands, and after a hint from Athena, used one of the lion's claws to skin it. Thereafter, he wore the skin as a hooded (and bulletproof) cape. And why not?
So it would make sense for his female companion to be Athena, as she seemed to have a bit of a soft spot for him.

@Spike: wow, you really know your greek myths! Thanks a lot for clearing this. Indeed, it must be Athene then.
Btw, Hercules is looking to the streets/marketplace, and Athene looks to the inner yard.