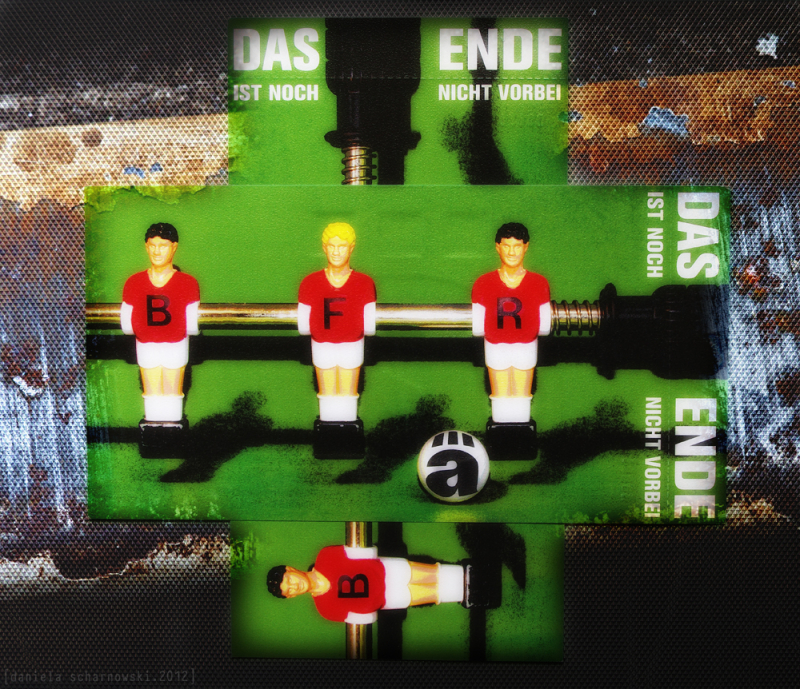 Posted by daniela (Berlin, Germany) on 18 August 2012 in Lifestyle & Culture and Portfolio.

( the motto of the tour)
die ärzte playing in their (& my) hometown, their final tour shows, 3 days at the Waldbühne ("forest stage" - the one the audience completely crashed after a Rolling Stones Concert in the sixties, lol)

This band has been sort of my companion for the last 30 years, makes me think...
I´m getting old!
Today (friday, posting ahead) is my only rock concert this year =( Well I hope it´s loud enough for me, old girl. It also is the first rock concert I´m visiting together with my teenager son. :D
Ok, year isn´t over yet, but there isn´t any band I really want to see.
I´m not even sure I can take a camera with me to that concert tonight - usually it is ok, but the venue has stricter rules than others =(
Well I try.
Here are some older songs of them (with subtitles for they exclusively sing in german ^^). The translation is rather poor on some songs, but it gives you an idea about their sarcastic kind of humour and they way they parody other songs/music styles ;)
Rebell, Unrockbar (unrockable), Junge (Boy), Wir sind die Besten (We are the best) No subs for this but it´s a fabulous parody :) Dinge von denen... ( Things I don´t want to know about)

-I also have to link to my favourite song on their latest album - Capt. Metal, lovely animation.

Update:
Well, it was just WOW. very much LOL and some WTF, as it was supposed to - all in all greatest rock show.
Surprise: Supporting act were the stranglers! Didn´t even know that band still existed! I guess not too many of the audience had a clue who they were! But they still rock, yea.

In Germany, 30 y ago, die ärzte would have been the supporting act for the stranglers!!
My throat is totally gone today, haha, and my feet still hurt from standing, jumping and hopping for over 6 hours in total. So I´m in a better shape than I thought :D
My son got some good shots, more than we hoped for, I was quite upset after we got separated in the masses (25k ppl), for he had the camera at that time and I wanted to capture something of that exciting show - but he did :)

I will never understand the people in audience who don´t go diectly in the moshpit - that´s where the fun is. How boring must be a rock concert, sitting on the balconies, standing up only when the artists ask you to.^^

@Tede: these are our concert tickets - don´t even know how the posters looked like :)

So glad you had a brilliant time, hope that energy carries on for a few days :))

Sounds like a whole heap of fun, moshpits are only suitable for those over 2 metres tall :-)

So, did you go in the moshpit?!

@CElliottUK: The moshpit got to me :) it was a friendly one - as exspected :)