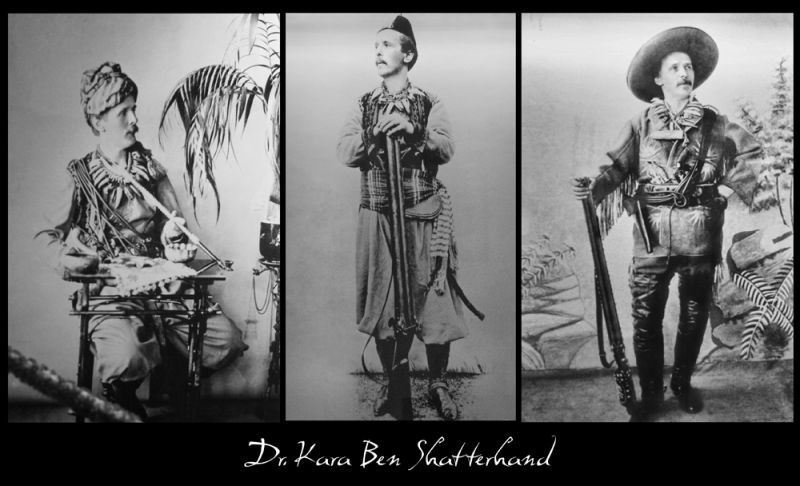 aka Karl May, died on March 30th, 1912 - a hundred years ago.
Last year we visited his Villa (and now museum) in the town of Radebeul, Saxony, Germany and I think this anniversary is reason enough to do a little series about him and his house, the Villa Shatterhand as well as the Villa Bear Fat.
The costume-photos above were all done by Alois Schiesser in 1896 and were handed out to the fans, signed of course. The original glass-plates Karl May destroyed for some unknown reason by throwing them 1902 in the Danube river.
These prints were inside a vitrine I photographed at the museum.

He was a remarkable person - who had influenced and entertained millions of people with his adventure stories, so rich in imagination, that it is hard to believe he hadn´t seen the countries in person by the time he wrote them.
He became sort of obsessed with his stories - the old prints above show Karl May in costumes of his characters - Old Shatterhand and Kara Ben Nemsi - he started telling his audience he himself would be Old Shatterhand// Kara Ben Nemsi and all the stories were a biography.

The line between genius and madness is thin sometimes, we should remember :)

Great display and information on this character

Nice image and information from Karl May, our son has al his books from Old Shatterhand.

Those poses look funny but I guess it was a serious moment to Karl May. :)

If you say something enough times it will become true