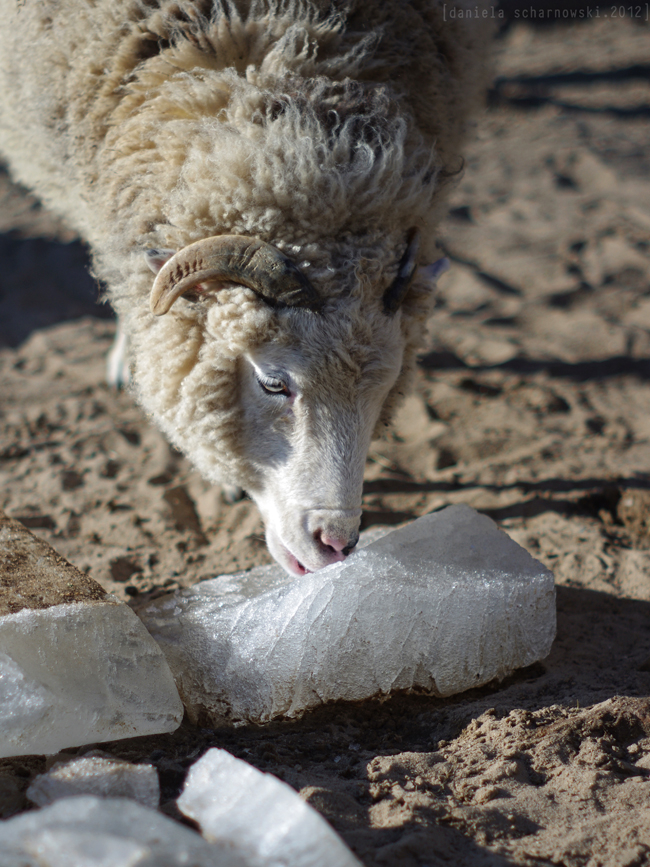 ice is so good!

Posted by daniela (Berlin, Germany) on 6 March 2012 in Animal & Insect and Portfolio.

My first thought was: that´s a really big block of salt - but then I found out that the worker simply cut away the ice from the pond and placed it in the middle of the petting zoo.
This sheep guy really liked very much to nibble on it :D

Funny thing - when going through my folders (cause I haven´t taken up active shooting since, well more than weeks) the shots that speak most to me are the ones taken with the old takumars. I don´t know what it is actually, the colours or the special dof they render. When zooming into these shots, I almost have a 3d feeling. well, maybe it´s just my flu LOL.

Love how the light caresses the sheep's face so beautifully, I thought it a block of salt at first also !
Magnificent work, Daniela !

I thought this was salt too. Nice behavior captured here.

this almost looks like an HDR image. very nice detail in the animal and the ice

This is lovely too, I also thought it was salt, strange they like ice

This must be like an icecream for him !!! Great capture