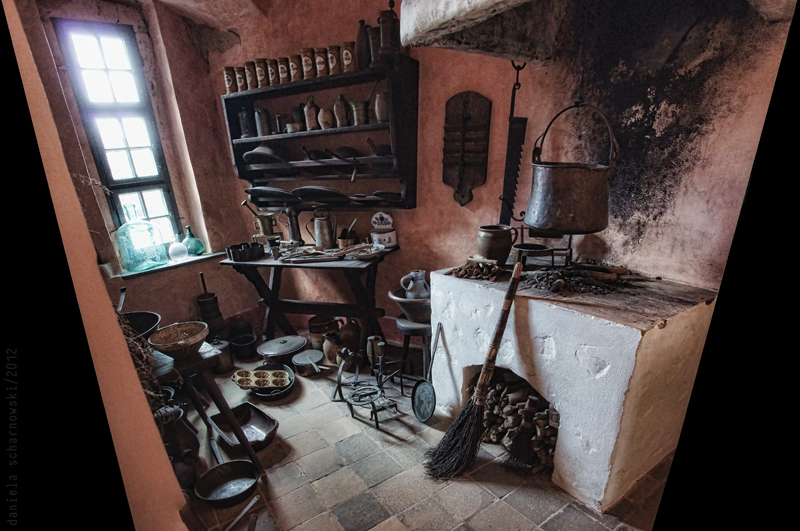 Posted by daniela (Berlin, Germany) on 15 January 2012 in Lifestyle & Culture and Portfolio.

Cosel tower, second floor - many plexiplas panels with texts about the imprisonment of the Countess as well as her reconstructed kitchen.

She had a lot of her household inventar brought to Stolpen castle, after her death there was talk about boxes and rooms filled with household & personal belongings having become a rotten mass mostly.

The kitchen is a shallow little room, the view was partly blocked because of free standing plexiglas panels, so the angle to shoot from was not very comforting. I took 3 shots and merged them together - the "slightly" distorted frame i got afterwards I liked ;)

You've stitched it together very well-I can't see the joins!. Love the resulting viewpoint, it really does add a lot

She didn't have a life of luxury in there! At least, as a small room it was probably always warm.
I quite like the distortion you have introduced, and your inventive thinking to get it all in.

Great photo that I seem to have had the ill realization now that I missed when you printed
it originally. That is an amazing photo you created. I hate any rooms with plexiglass panels,
but your photos overlooks that fact and gives us a real medieval feel to the picture, so very
primitive it seems.